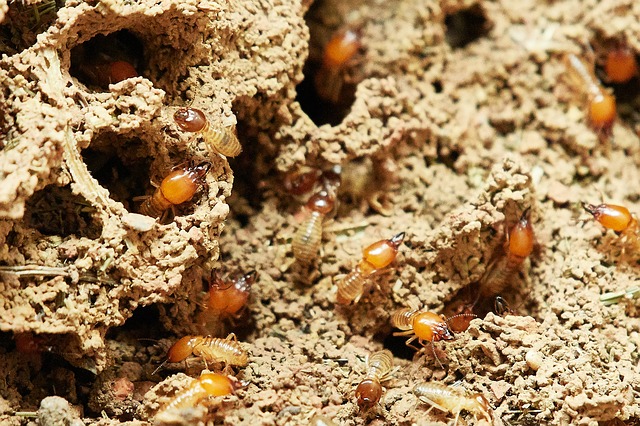 Termites are ant-like insects that are known to cause some of the worst damages to people’s property. Interestingly, termites have caused more damages in Florida than storms and fires. This is why homeowners should be informed about these infestious pests. There are many different types of termites in the world. But, there are four main types of termites that pose big threats to homeowners in North America.

The four main types of termites are subterranean termites, Formosan termites, drywood termites, and dampwood termites. If you are in Central Florida and you suspect any of these termites in your home, contact your certified home inspector and licensed termite inspector, Paul Professional Home Inspection at 407-541-9342.

Moreover, these termites often enter homes through tiny cracks in the foundation of your walls. They start underground, then they forage up to your home in search of food. In the process, they form a network of interconnected feeding sites all over your home.

The best way to identify these pests is to look for blistered or peeling wood. Termites hollow out the wood leaving it very thin. By the time you start noticing these signs of termites, your home may have already been infested.

Formosan termites are invasive subterranean termites that live in the ground and are known to build mud tubes underground and construct carton nests which consist of soil and wood cemented together with saliva and feces. They are 1/2-inch long; they can be pale yellow or brownish yellow.

Drywood termites can be found in the southern parts of California, Arizona, New Mexico, Texas, Louisiana, Mississippi, Alabama, Georgia and all of Florida.

These types of termites like to attack wood structures, support beams, wood flooring and furniture. Their primary source of nutrition is from wood and they do not require moisture from soil. Drywood termites are difficult to treat because they often create multiple colonies within a home.

Dampwood termites are occasionally found in Southwest and Southern Florida. These termites have reddish-brown heads and are larger than other termites

Like drywood termites, dampwood termites can survive without soil. They are attracted to wood with high moisture. For example, decaying wood, areas with leaks and woodpiles are preferred by these termites. Dampwood termites are less likely to invade a home because of their need for free water source.

In conclusion, all homeowners should stay alert for any signs of termites in their home. Termites are more common in southern areas, but all homeowners in the US are susceptible to the pesty creatures. Termites are only one of the major wood destroying organisms we look out for at Paul Professional Home Inspection. Call 407-541-9342 to get your home inspected!

What is a Four-Point Inspection

What is a Wind Mitigation Inspection